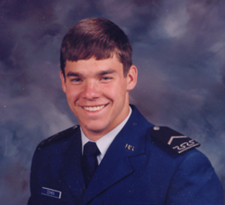 The Cohen family was raised on the “West Side”. A large family, A.J. shared his home with 4 other siblings including Barrett (33), Dustin, (31), Matthew (27), and Miya (26). A.J.’s father Kim is a retired Cincinnati Police Officer and his mother Donna was a stay at home mom.

While attending St. James Elementary School in White Oak, he played football, baseball and basketball. He was widely known as a “can’t miss” 4 star athlete. He decided to follow his older brother Dustin’s footsteps in attending The Summit Country Day School in Hyde Park. At Summit, he starred in all three major sports while attaining All-City honors in all three. As his senior year approached, A.J. had a strong desire to become a member of the United States Air Force Academy. After years of hard work and dedication to his school and community, he was recommended as a candidate for the United States Air Force Academy. In 1997, he headed to Colorado Springs to follow his dream. While at the academy, he realized the impact his close-knit family had on him. He missed the Cincinnati area and sorely missed his family. He made the tough decision to request his release from the academy and return east to be closer to his family and friends but still maintained his dream to some day be a pilot.

He decided to play football at the University of Dayton under the auspices of Coach Mike Kelly. A.J. (while never a superb athlete in college) made his mark immediately, while sharing his smile on and off the football field. After his death on December 10th, 2000, coaches and players alike remember that effervescent smile that gleamed every minute he was around. Some have said that A.J. was only sent to Colorado to spread that smile to those that needed a little cheering up. His impish grin always gave the impression he had a secret that he wanted to share. Coach Kelly says that even 6 years after A.J.’s death, his name is still mentioned once a week in their offices. His job was to make people smile, so although God has decided to bring him home, we know a little part of A.J. is still here with us.