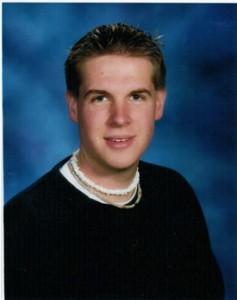 Stephen Andrew Grooms (“Andrew”) was one of the very best things to ever happen to the Grooms family, he was completely the light of our lives and ultimately, the glue that held us all together. Andrew had friends and was an inspiration to friends all over the world, he had traveled extensively and was fluent in English, German and highly conversant in French as well. Andrew was interested in cultures in America as well as the rest of the world. He was a worldly child from the moment he was born, travel was inherently in his blood and this was instilled to a great degree by his Grandmother Margaret as well as his immediate family. Our family was lucky to have been able to travel with Andrew to Europe numerous times, he opened our eyes to the world like no other. He was a person who loved to talk and he always listened to others very intently, he had the gift and ability to listen as few human beings of any age ever cultivate. Andrew had a special interest in females and their unique perspective on life. I never met a female who simply did not adore Andrew and his ability to converse with them. His male friends were also numerous and they all highly respected Andrew’s mental abilities and his ability to be such a true friend. Andrew also had many older friends (65 years old plus) and they always marveled at this boy’s ability to converse and be so worldly at such a young age.

Andrew was his younger brother Brian’s best friend. Brian was 16 years old when his brother was killed while away at college in North Carolina. Brian used to ask for airplane tickets to go visit his best friend and brother as he loved him so very much. Andrew was an inspiration to his family when it came to so many things, we were all so enriched by having had this child in our lives for the 20 years that God allowed us to have him with us. As a father part of me died when Andrew died and it was all so very useless and preventable. Andrew was killed in the third of three arson started fires in his dormitory room at Catawba College on October 28, 2001. All of this could have been prevented if security guards and the college itself had simply used common sense but they did not. Andrew died the way so many of them have, late at night or early morning hours, disconnected smoke alarms and no sprinkler systems in the rooms. We like most families sent our child away to attend college, get a degree, get a job and become someone we could all be proud of. What we got instead was the tragedy of our collective lives.

I learned from Andrew’s death not to wait for tomorrow and to be a little more patient with others. I also learned the importance of being true to one’s self and I also learned how to be more forgiving. All this said, this is a lesson I would wish on no parent anywhere, it is a lesson that is way to harsh on any humans soul. The world lost a lot when this child was lost, he truly would have made a positive difference in this world as a full grown adult. I will thank God forever that he allowed me to father this wonderful human being, he will exist with me until time is no more.