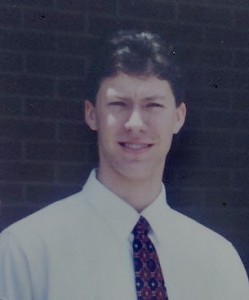 Michael was a son any parent would have been so blessed to have. He was so kind and had a heart for those less fortunate and those who had special needs. He was a young man of integrity and purpose. Michael set goals for himself at a young age and was determined to achieve his dreams. He had a beautiful singing voice and sang with the prestigious American Boychoir. He sang under the direction of conductors such as John Williams, Leonard Bernstein and others. He performed at Carnegie Hall and with the Boston Pops and performed at the United Nations when he was just 11years old. He sang in many different languages and had such a gift for music.

Michael enjoyed sports, mostly college football and basketball. His ambition was to be a sports broadcaster. He announced for little league tournaments in his hometown of Niceville, Florida. The week before his death he had been given a press pass at his university to be in the press box and assist during two home football games. He was so excited.

Michael worked very hard in school, you see he had learning disabilities and we were not even sure Michael could go to college. We found a school that had a great special education program with a good music and journalism department. Michael had started looking at schools with his twin sister, Melissa, when he was in the 10th. grade. He was looking for a school that was a good fit for him. We were looking for a school that was a safe environment for our special son. Murray State had marketed itself as the 11th. safest school in the nation. That was a big drawing point for us, but during the first few weeks of Michael’s sophomore year we learned that was a total misrepresentation. This school had multiple safety code violations and had been written up by their own state agencies. A parent did not have access to that information. In the wee hours of the morning of September 18th., Michael was killed in an arson fire. He was unable to escape and died in the doorway of his dorm room. He had been sound asleep and was awakened by screams, the fire horns did not wake him, they were antiquated and could not be heard in all areas of the building. Other students screams were the alarm. No fire sprinklers were present in the dormitories where hundreds of students slept, but they were present in the administration buildings. They had been warned for several years to install fire sprinkler systems, but ignored the warnings. Other students heard Michael screaming for help, they tried to give him directions to get to them, where firefighters were extracting them from the building with a ladder truck. You see, part of Michael’s learning disability was spatial and directional. He did not process that information as most of us do. This along with not hearing the fire horns to alert him and no sprinkler system to hold the fire at the point of origin impacted his ability to survive the fire.

When Michael died he had a 3.936 GPA. A child we were not sure could even go to college worked so hard and did all and more of what was asked of him. It was this place of higher learning that did not do what was required of them that resulted in Michael’s death.

Michael loved life. He, in his short time on this earth, impacted many. Michael was a good friend, a great twin brother, and a wonderful son. We have had to go forward and incorporate his death into our life. The life we have now has been reshaped by Michael’s death. We have wonderful memories of this beautiful human being, We miss him everyday and yearn for his presence.

Michael’s legacy is not yet finished. After his death, we fought to have all dormitories in the state where he lost his life sprinklered. We passed legislation to improve campus fire safety and continue to work to improve campus safety across the nation. His death was preventable. He would not want any other families to endure what our family and others have endured. He would want us to save others from his same fate. Until I draw my last breath, I will not let him down.

Michael was a treasure, I thank God for his life everyday.

The Michael Minger Memorial Foundation was established after Michael’s tragic death in a dormitory fire. The Foundation serves to educate parents and students on Campus Fire Safety and to promote better fire safe practices on college campuses around the nation. The Foundation also serves to address needs of students with disabilities to aid in their ability to survive campus fires. The Foundation endorses total campus safety and works to improve all issues related to campus safety. Michael’s Foundation has also contributed to scholarships for student victims to help with their education.