I really have to believe that a big part of it is related to an increased awareness among students and parents. Since a majority of the students are living off-campus, and I don’t think that the conditions of the off-campus housing have improved dramatically, I am attributing it to the fact that students are getting better at knowing how to prevent fires and what to do if one does happen. Also, I would like to hope that parents are taking a more active role in helping their children select housing.

For the past two years I have been going around Boston on August 31 and September 1, talking with parents and students. Why these days in particular? This is when most of the leases on off-campus student housing change over, and students are moving out of their existing apartments and into new ones. The streets are full of moving trucks and cars packed full of belongings-and parents. For many of the parents I have spoken with, this is the first time that they have seen the apartment that their child is moving into, and often they are appalled at the conditions.

Let me tell you about an anecdotal case study. My two sons lived in on-campus housing each year they were in school, and this January one of them graduated and moved into his first apartment in Boston. Finding an apartment in January was not easy, and I was concerned about what he might have to settle for. He was very lucky in finding a third-story apartment in a good neighborhood. While I’m sure it was not an overriding criteria in selecting a place to live, he made a point of telling me that it was equipped with smoke alarms in every bedroom, system smoke alarms each unit connected to a monitored panel. It has two independent stairwells. On his own, without my prodding, he was planning on taking the escape ladder from his bedroom at home to his new apartment (I had to buy him a new one because it was only a two-story escape ladder. I also bought him a fire extinguisher for his kitchen.)

While the experience of the parents I have encountered in Boston isn’t necessarily indicative of what is happening in other cities, I would not be surprised if there were similar things happening. And while my son’s awareness of fire safety is probably greater than the average student, I think it is an excellent example of how he is now better prepared for life. In other words, as I often say, campus fire safety isn’t only for the time they are in college or living on campus. These are lessons for life.

Back to the original premise of this article. College-related fire fatalities have dropped dramatically, and there were no fire fatalities in Fall 2015. Schools and communities are doing more and more fire safety awareness programs and as part of this awareness campaign, governors are issuing proclamations. What is driving the downward trend? Heightened awareness as a result of all of these activities on the part of students and parents is my belief.

By having parents actively engaged in teaching their children about fire safety, we can make major inroads. But also, we need to help them learn how to make better decisions when looking for apartments, both while they are in college and afterwards. What makes a good apartment is something that most parents probably don’t talk with them about. While in college, they are looking for 1) close to campus, 2) cheap and 3) they get their own room. They aren’t thinking about smoke alarms, exits, locking doors, windows that open and security bars that can be opened, condition of the kitchen, the wiring and all of the other things that we, as their parents, have learned over the years by renting our own apartments or owning houses.

By having parents actively engaged in helping their children choose safe housing, it is an opportunity to teach them more life-skills. Fortunately, our son’s apartment is in Boston, just 2 hours away, so we were able to see it before he signed the lease. What if your child is going to school across the country, are you going to be able to see the apartment before he or she puts their name on the lease? Will they know what to look for and what is expected from the landlord?

To help, I have updated the Campus Firewatch Off-Campus Checklist (and below) for parents and students to use when looking at an off-campus apartment or house. This is not an all-inclusive list, as we know, there are many other things that go into fire-safe housing. This list focuses on just 10 items, but they are ones that I have seen as factors in a number of off-campus fires. In addition, they are ones that can make a difference, no matter where you are. Knowing two ways out, whether it is your apartment, a friends, a movie theater, a restaurant is always important and can make the difference between life and death, just as we saw in The Station nightclub fire in Rhode Island in 2003. 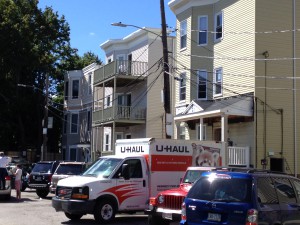 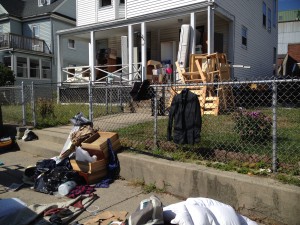 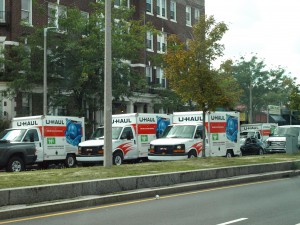 I encourage parents to be engaged when your children are looking for an off-campus apartment. This is an opportunity to teach them another life skill that they will always need. This is the opportunity for a teachable moment, before it becomes a tragic teachable moment.

Since 2000, 85% of college-related fire fatalities have happened in off-campus housing, where most students live. When looking for a place, consider these 10 items:

☐ Are there smoke alarms in every bedroom, on every level of the building?

☐ In most fatal fires, the smoke alarms are missing or disabled. Often, a reason for this is nuisance alarms caused by cooking. Photoelectric smoke alarms near the kitchen can help cut down on this.

☐ Are there two ways out of every bedroom? Keep in mind the second way out may be a window.

☐ If a window is the second way out, does it open? Is it blocked by an air conditioner? Can you climb out of it? Are there security bars on the window?

☐ If the bedroom is on a second or third floor, do you have an escape ladder? These can be purchased online or in a home improvement store.

☐ Is there a second way out of the apartment? Every apartment must have two ways out.

☐ Is the second way out blocked by storage in the stairs such as bicycles or trash cans? Is the snow removed from the door and steps so you can get away from the building?

☐ The leading cause of all home fires is cooking.  What condition is the stove in?

☐ What about the electrical service? Are there enough outlets to handle today’s electrical needs?

☐ What about smoking? The leading cause of all fatal home fires is smoking, and a contributing factor in college-related fires is fires that start in upholstered furniture on porches and decks.

There is a lot more to consider when looking for fire-safe housing, this is not a complete list. For more information on campus fire safety, visit